“I’ll get up and pretend I have to go to the bathroom because it impacts me so, and I cannot sit all the way through it,” she said. “So many emotions that come and … seeing this scene triggers other things that I may have forgot over the years.”

She and Fred Hampton Jr. — who shares his father’s honorific, Chairman Fred — have a deep appreciation for the movie, as well as the attention it has drawn to Hampton Sr.’s legacy and the work Njeri and Hampton Jr. have continued with the Black Panther Party Cubs.

It’s lost on neither Njeri nor Hampton Jr. that no one was brought to justice in the raid that killed the 21-year-old Hampton Sr., head of the Panthers’ Illinois chapter, and his defense captain, Mark Clark. The Black Panthers say the men were targeted and murdered by Chicago police serving a warrant for illegal weapons. A grand jury found Hampton was shot in the head twice and that police had found two guns next to him.
Initially, seven Panthers were charged with attempted murder and other counts; the charges were later dropped. A prosecutor and 13 others were charged with conspiring to obstruct justice and were acquitted in 1972. A decade later, the city of Chicago, Cook County and the federal government agreed to a $1.85 million settlement with the raid’s survivors and Clark’s and Hampton’s families.

While Hampton Jr. and his mother are pleased with Derek Chauvin’s conviction in the Floyd case, they said, they know better than to be too optimistic. “Guarded,” is how Hampton Jr. described his reaction, explaining he has one fist up in celebration but, mimicking a boxer, his other fist remains in front of his face because “we’ve got to have our guards up for that sucker punch.”

Njeri elaborated, saying she remains wary Chauvin might get a light sentence or be remanded to “one of those luxurious federal prisons.”

“I’m not dancing in the street yet. … I’m kind of pessimistic about it, but I’m glad he’s convicted, and then we’ll see what happens with the other pigs,” she said, using the Panther pejorative for the three police officers charged along with Chauvin.

“Judas and the Black Messiah” is up for six Academy Awards, including Best Picture. Daniel Kaluuya, who plays Hampton Sr. (the Black messiah), and LaKeith Stanfield, who plays FBI informant William O’Neal (Judas), are both up for Best Supporting Actor. It was released by Warner Bros., which like CNN is a unit of WarnerMedia.

The film tells the story of Hampton’s activism in Chicago as O’Neal reports his movements to the FBI.

The movie closes with the 1969 raid, in which police storm an apartment, killing Clark. In the scene, upon finding Hampton in his bed, an officer shoots him at point-blank range as a pregnant Njeri stands outside the room.

“I remember in my head saying, ‘Don’t stumble and don’t cry. Just keep walking, handcuffed, like you’re doing and don’t give no expression,'” Njeri recounted of the incident that inspired the scene. “I just wanted to remain conscious of everything that was going on that I could remember. Focus. Matter of fact, when I was coming out the rear bedroom with my hands up, I said in my head, ‘Make sure to remember what every one of these pigs looks like, remember badge numbers, remember any kind of facial things, mustaches or moles, all of that,’ because I would have to be able to tell it later.”

As the mugshot behind her indicates, Njeri was one of the seven Panthers who faced attempted murder counts, charges that were dropped in 1970 after the police account painting the Panthers as instigators unraveled. Authorities claimed they had opened fire in self-defense, but a grand jury found the overwhelming number of bullet casings came from police.

Njeri and Hampton Jr. served as consultants on the movie. While Hampton Jr. believes there are holes in the narrative — he’s appeared on film critic Elvis Mitchell’s podcast to expand on his father’s legacy and address elements of Hampton Sr.’s story that the movie missed — he’s thankful the “dream team” behind the movie reached out to his family.

For him, consulting was a continuation of the resistance — another fight for justice, to ensure his father’s story was told, as was the story of the Black Panther Party, which he says is under continuous attack. “Whether it be (via) nefarious intent or naivete,” people would tell him to let a certain anecdote slide or that an element of the history was insignificant — something they would never do with religion or even a cooking recipe, he said.
The Black Panther Party emerged from the Black Power era and the global political upheaval of the 1960s. Inspired by Malcolm X’s revolutionary Black nationalism, it borrowed rhetoric from radical movements in Cuba, Africa and the developing world and demanded decent housing for Black people and an end to police brutality, even patrolling Black neighborhoods to protect residents.

Hampton Jr., 51, was regularly on the set and lent his expertise on multiple matters, down to the minutiae of wardrobe, body language and even background pictures and posters. He still wakes up at night, saying, “Cut!” At one point, he became ill during the shooting, his mother said. Hampton Jr. blamed it on “battle fatigue” and the “continuous struggle with regard to crossing the Ts and dotting the Is.”

“This is my A-1 from Day One,” Hampton Jr. said of his mother. “The connection you’re seeing is my comrade. … A thousand horses or a million pigs couldn’t stop her from being here. She’s right there in that tour of duty. The war continues, and so does the resistance.”

Despite his qualms with the movie, Hampton Jr. said his time “being in that kitchen” left him in admiration of the storytelling and the finished product.

Njeri thanks the cast and crew for doing their homework. Many who’ve told Hampton Sr.’s story did not, she said. She called the cast magnificent, the movie excellent and powerful. She’s especially grateful for the team’s willingness “to sit down with us and really learn about the Black Panther Party because there’s so many bogus books and bogus things written about the party,” she said.

She was most impressed when she first met Kaluuya at a roundtable discussion with her son, and Hampton Jr. asked the cast and crew why they wanted to make the movie and what they were thinking.

“I watched (Kaluuya) processing and learning, although I couldn’t get a feel from him what he was really thinking, but I could see he was absorbing it all in. Didn’t come in with an arrogance like, ‘I know about the Black Panthers; I can do this,’ but really just sucking up all the information he could,” she said. “To see Daniel do the speeches and kind of do the walk and the talk and the mannerisms of Chairman Fred, it was really amazing.”

“We’re not dealing with a conventional cat. Chairman Fred was not your average individual. We had to first start with that premise,” the son of the famed revolutionary said.

Njeri also found herself moved by the performances of Stanfield and Dominique Fishback, who plays a teen Njeri. Stanfield reminded her so much of the informant she loathed that she couldn’t embrace him, she said.

“I told Lakeith Stanfield on the set one time, ‘You did the damned thing, but I can’t hug you, O’Neal,'” she said with a big laugh.

While she enjoyed Fishback’s performance, she said she questioned Fishback a great deal, prompting the actress to ask Njeri if she was giving her a hard time.

“Yeah, I’m going to do that anyway,” Njeri responded. “Don’t worry about it. You got it. I know you got it. You got my little side-eye look I give people, so she had that down pat.”

The response has been astounding, she said, if only because people are talking about the Panthers and their history.

“I appreciate so much the discussion that’s going on,” she said. “They’re not afraid to say Chairman Fred’s name now. People are saying it. They’re not whispering, ‘Yeah I knew some Black Panthers.’ It’s out there and on the table, and it’s good debate, good discussion, and it’s even motivating some people to do some work.”

It’s also shone a light on Njeri’s and Hampton Jr.’s work — which long preceded the movie — to carry on the Panthers’ legacy through the Black Panther Party Cubs, composed in part of sons and daughters of the original Panthers. The group organizes a free breakfast program, publishes an intercommunity newspaper and broadcasts a weekly “Free Em All Radio” program.

“We attempt our best to not walk in the footsteps but in their Black Panther Party paw steps, and not just in theory, not in a romanticized type of way (but) with our programs, with our criticisms, with our self-criticisms, with our struggles, our politics of internationalism, with the present-day Rainbow Coalition, with the Triple Cs — the children, community and Cubs — supplying services for the people, not in a charity type of way but where people themselves can get involved and fight for their own self-determination,” Hampton Jr. said.

Njeri, who sits on the Cubs’ advisory board, has also helped spearhead an effort to save Hampton Sr.’s childhood home in Maywood, Illinois. It’s where a 12-year-old Hampton Sr. got an early taste of revolution, organizing demonstrations against police and demanding recreational facilities for Black children, she said.

Njeri and Hampton Jr. would like to see the house, which is owned by Hampton’s relatives, granted historic landmark status. More importantly, she wants it to serve as a community center and de facto museum, “where people can go and get accurate information and learn about a revolutionary organization, not through some he said-she said but from people that were actually involved in it.”

Supporters bring posters and books (even Hampton Sr.’s yearbooks) to the house. They volunteer to help paint and spruce up the property. A craftsman donated a table emblazoned with the Cubs’ logo. Locals drop off clothes and jackets for distribution in the community, and neighbors are invited to pick fresh vegetables from the garden on the grounds, Njeri said.

On Saturdays, the Cubs gather local children to engage in games and activities that teach them about working “in the group’s interests, not just them individually but working collectively for the improvement or the win of the group” — a key tenet of the original Panthers’ philosophy, Njeri said.

“It also serves as a political education piece, just as the breakfast program did, where the children go home and tell the parents about the Cubs helping them with their homework, talking to them about issues that they experience, whether it’s at school, whether it’s on the street with the pigs stopping them, so on and so forth. Then the parents come and they start participating in various programs,” she said.

Following the movie, the GoFundMe campaign set up to save the Hampton house shot past its $350,000 goal and was closed, prompting would-be donors to plead that the fundraising page be reopened.

A lot of people didn’t know the Panthers were still working in the community, Njeri said. Now that the movie has created such tremendous buzz, people are invigorated and encouraged by the Panthers’ work. Njeri couldn’t be more delighted, she said.

Canon EOS R3 vs Nikon Z9: how are the mirrorless flagships shaping up? 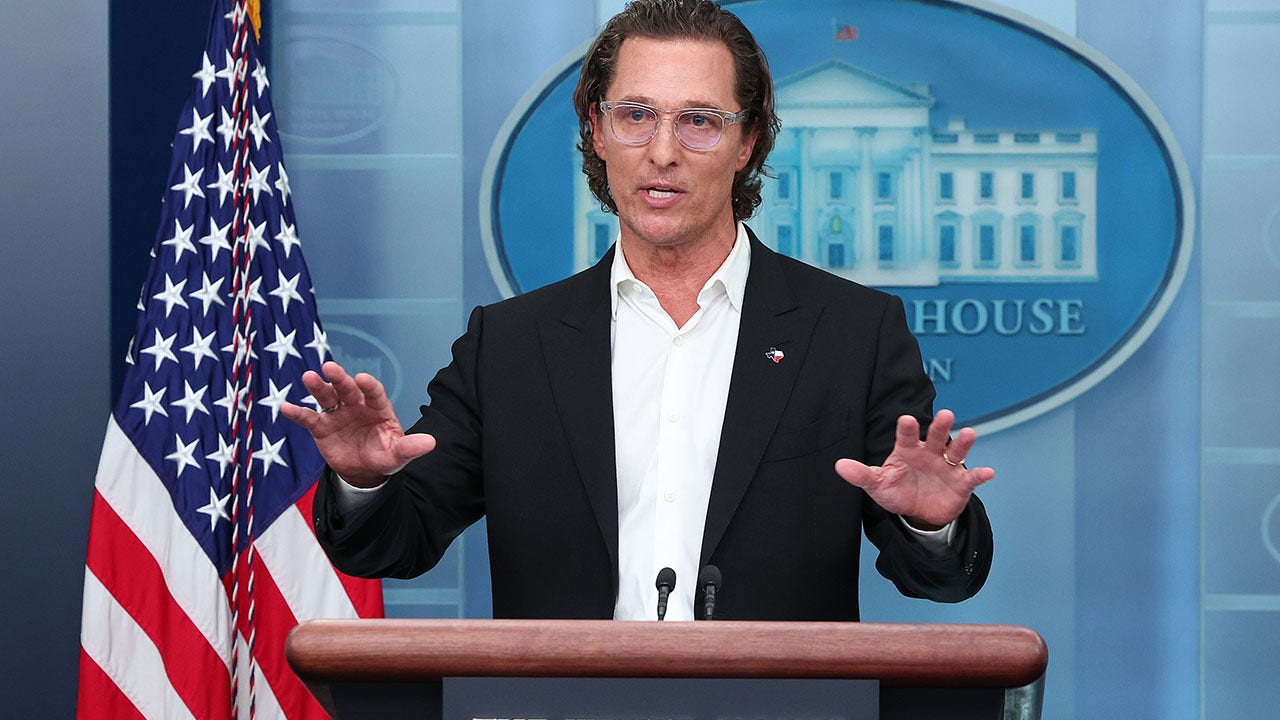 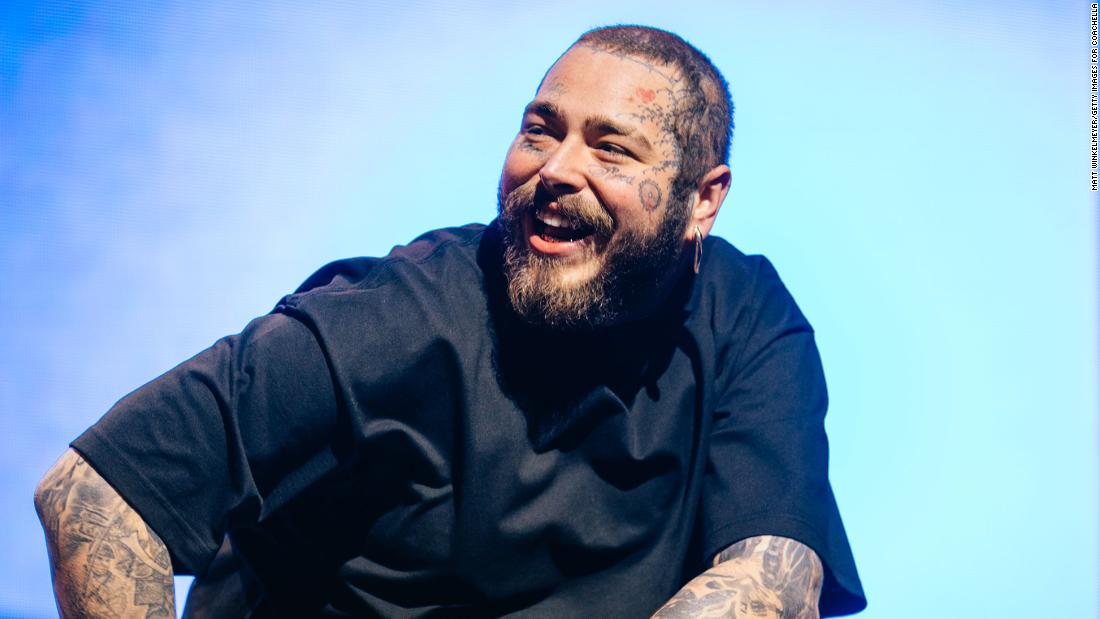