Doctor Who has featured some of the biggest guest stars during its nearly 60-year run, with famous faces such as Andrew Garfield and Carey Mulligan having given memorable turns in the sci-fi series. One frequently requested name is Gillian Anderson, who upcoming Doctor actor Ncuti Gatwa has recently suggested should play a villain (via RadioTimes). Viewers have expressed much excitement about the prospect of a Gillian Anderson guest turn, with many believing the British actor to be the perfect fit for the British TV favorite.

Ncuti Gatwa’s comments have left some of the show’s most enthusiastic fans desperately hoping for Gillian Anderson to appear in the Barbie star’s first series, who are keen to see her portray both heroic and villainous characters. Twitter, in particular, has seen several posters eagerly discussing Gillian Anderson’s potential future in Doctor Who, with numerous commentators offering their suggestions for who the famous sci-fi actor should play.

What about a semi-historical where she plays Tatcher again? 😄

Doctor Who’s gripping storylines have included some of the biggest political themes, with stories such as “Utopia/The Sound Of Drums/Last Of The Time Lord” and “Victory Of The Daleks” having explored Britain’s governmental structure. Twitter user @ginovanta has suggested the series should delve into Margaret Thatcher’s time as the UK’s Prime Minister, with Gillian Anderson playing the Iron Lady in “a semi-historical” episode.

Omega’s encounters with the Doctor have seen him become one of the Time Lord’s most popular adversaries, with the stellar engineer having appeared in one of Tegan’s best episodes. Twitter’s @CMWAshby believes the scheming villain is due a return appearance, with Gillian Anderson depicting a “angry” version of the character.

The sci-fi favorite would be an excellent choice to portray Omega’s mighty presence, with Gillian Anderson having previously played the strong and powerful God Media in American Gods. Gillian Anderson’s past filmography has demonstrated her capability to command the screen, with the actor having embodied various characters with forceful personalities, making her a prime candidate for the loud and imposing Omega.

she’s should play Omega, or The Other, or The Rani, or Rassilon, or The Master, or The Meddling Monk, or an Eternal, or Morbius, or The Valeyard or, The War Chief, or https://t.co/MpjyvTruWG

Despite having not appeared in the television series since 1965’s “The Daleks’ Master Plan,” the Meddling Monk has become a regular character across the show’s expanded media, featuring in several Big Finish audio dramas. Twitter poster @Emopunkloser has proposed that the Time Lord adversary should return to television screens, with Gillian Anderson taking on the role.

Gillian Anderson has already shown impressive comic timing during her acting career, with the star having given scene-stealing performances in Johnny English Reborn and The Spy Who Dumped Me. The sci-fi favorite could deliver a hilarious take on the Meddling Monk, with Anderson utilizing her stellar comedic skills for the mischievous Time Lord’s time-altering antics.

Either Rani or The Great Intelligence!

Debuting in 1967’s “The Abominable Snowman,” The Great Intelligence is one of the Doctor’s oldest enemies. The vengeful being also appears in one of Doctor Who’s greatest Christmas Specials, entitled “The Snowmen,” which treated viewers to an enjoyable festive adventure. @Alleycat14444 has suggested “The Great Intelligence!” for Gillian Anderson’s Doctor Who debut, placing the Doctor in his first battle against the disembodied entity since 2013’s “The Name Of The Doctor.”

Portraying this maleficent villain would allow Gillian Anderson to demonstrate her vocal acting capabilities, with the star’s stern and assertive voice likely to bring an intimidating demeanor to the extra-terrestrial force. Gillian Anderson’s harsh intonations would add an extra menace to The Great Intelligence, sparking fear in viewers young and old.

Ncuti Gatwa’s Doctor promises to be a bold new start for Doctor Who, with the Scottish actor set to become the first black male Doctor to assume the role. Although the Fourteenth Doctor’s companion has yet to be announced, Twitter’s @Prickleandgoo thinks Gillian Anderson would be a good choice for the part, asking her followers to “hear them out.”

Gillian Anderson would follow a long line of household names as the Doctor’s assistant, with previous famous faces such as Catherine Tate and Matt Lucas having assumed the companion role during the show’s history. The sci-fi star would work well as a strong and fierce ally to the legendary Time Lord, akin to past assistants including Leela and Amy Pond, as she aims to help the eccentric time traveler save the universe from numerous intergalactic threats.

Imagine if she was Rassilon. 😯

Gallifrey has seen some of the universe’s most powerful Time Lords assume the role of the planet’s Lord President, with individuals including Romana and the Doctor having been voted as the world’s governmental leader. One of the most prominent is Rassilon, who features in one of Doctor Who’s best finales according to IMDb, and Twitter poster @HeyJay2000 believes they would be the ideal part for Gillian Anderson, excitedly proclaiming “Imagine if she was Rassilon.”

Gillian Anderson would prove an especially unstoppable force as Rassilon, with the actor having played some of television’s most driven and determined characters. The X Files star’s take on Gallifrey’s Lord President would likely see her dominate the screen, as Rassilon exacts her latest plan to eliminate the Doctor and assume control over the planet once again.

The X Files has captivated audiences with its spooky and mysterious narratives, with Mulder and Scully’s supernatural investigations providing some of television’s greatest adventures. Twitter poster @Benesgesserit is hoping for the paranormal sci-fi classic to cross over with Doctor Who, describing how “it would kinda kill” if Scully was to appear in the series.

The Doctor’s sci-fi escapades could lead to some fun scenes with Gillian Anderson’s Dana Scully, as the strong-minded scientist’s skeptical views on extra-terrestrial life are directly challenged. The Time Lord’s intergalactic battles would contrast heavily with Scully’s belief that there is always a rational explanation for unusual events, with the FBI agent exposed to the Doctor’s weird and wonderful universe.

Appearing in some of Doctor Who’s best stories, the Master is one of the Doctor’s greatest enemies.  The scheming Time Lord has provided a considerable challenge for many of the Doctor’s incarnations, as they plan to conquer the universe. Twitter’s @LukeFlux1 believes Gillian Anderson should be the next to assume the role, describing them as “someone she could play.”

The Master would grant Gillian Anderson the ideal opportunity to showcase her villainous potential, as she exacts her latest diabolical scheme. The X Files star could bring truly chaotic energy to the Doctor’s former best friend, with the actor’s manic personality having entertained many of her greatest fans over the years.

Through his many heroic deeds, the Doctor has become best known as one of the galaxy’s greatest saviors. The eccentric time traveler also has a dark side, however, with one of his most sinister incarnations being the Valeyard. Twitter user @RoseColored_Gio is especially enthusiastic about the notion of Gillian Anderson playing this character, excitedly posting “Valeyard, Valeyard, Valeyard” in response to Ncuti Gatwas’ remarks.

Gillian Anderson could deliver an excellent depiction of the Valeyard’s darker undercurrents, as she embodies this crueler incarnation of the Doctor. The actor has past form for playing devious characters, with the villainous Miss Havisham in Great Expectations being one of her greatest roles to date, demonstrating her clear potential for the sly and manipulative Valeyard.

The John Nathan Turner era introduced a few interesting villains to the Doctor Who universe, and one of the greatest is the Rani. The corrupt Time Lord scientist has captured the interests of fans ever since her debut in 1985’s “The Mark Of The Rani,” and Twitter user @ThomasH90175738 thinks it’s time for her return,  stating how Gillian Anderson would be “perfect” for the part.

With Gillian Anderson being mostly known for playing strong scientific characters in her other work, the actor could prove a fitting choice for the Rani. Furthermore, Anderson’s experience playing a morally ambiguous figure in Margaret Thatcher could lend itself well to portraying the Rani, who is known for her immoral experiments on sentient creatures.

NEXT: 10 Best Doctor Who Instagram Posts From Ncuti Gatwa

Sean Bassett (Twitter handle @WhoPotterVian) is a writer from Yorkshire. He holds a BsC in Film and Television Production and a Masters by Research in Screenwriting; Sean released his debut novel ‘Dragon World’ in 2019, and is currently searching for a home for his feature film concept entitled ‘The Human Connection’. 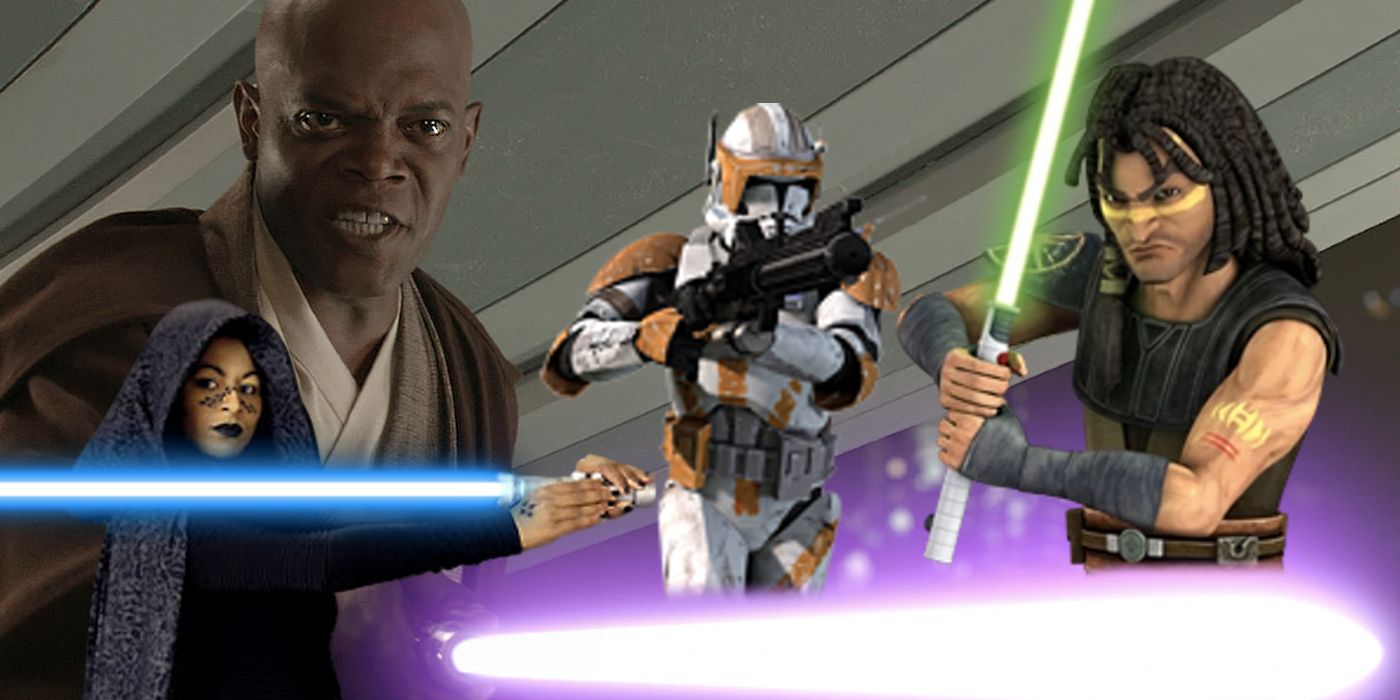