For the second year in a row, the sea of candlelight that used to illuminate Hong Kong’s Victoria Park every June 4 was extinguished, as authorities sought to snuff out all public commemorations of the 1989 Tiananmen Square massacre from the city — the last place on Chinese controlled soil where they were held.

But the heavy police presence on Saturday failed to deter some Hongkongers from approaching the park and conducting their own acts of commemoration in defiance — by holding up electronic candles and phone flashlights or quietly singing songs of remembrance.

“It’s heartbreaking to see (Victoria Park) like this,” said a woman surnamed Lau who came to the park with a bouquet of white and red roses and electric candles.

“Hong Kong has sunk far and fast into a police state,” said Lau, a longtime volunteer for the Tiananmen Mothers Campaign, a group supporting the families of the victims.

For three decades, Hong Kong had mourned the victims of China’s bloody military crackdown on pro-democracy protesters with a candlelight vigil on the night of June 4 that would be attended by tens of thousands of people vowing never to forget.

But since 2020, the Hong Kong government has banned the event citing risks from the coronavirus — though many Hongkongers believe that is just an excuse to clamp down on shows of public dissent following pro-democracy protests that swept the city in 2019.

On Friday, a government statement said large parts of Victoria Park would be closed from Friday night until the early hours of Sunday to “prevent any unauthorized assemblies which affect public safety and public order, and to prevent the risk of virus transmission due to such gatherings.”

It came a day after police warned that residents risk committing the crime of “unlawful assembly” if they showed up in the park — even if alone.

Throughout Saturday, large numbers of police patrolled the park and the neighboring Causeway Bay shopping district.

Among those they stopped and searched were people wearing black — the color of protest in Hong Kong, carrying flowers or walking with their phone torches switched on.

Police confirmed later that they had arrested five men and one woman, between the ages of 19 and 80. One was accused of possessing an offensive weapon; three were accused of obstructing officers; and one was said to have incited others to join an unauthorised assembly. It was not clear what the sixth person was accused of.

The police also cordoned off an area of a nearby shopping street where in previous years pro-democracy activists would gather to promote the vigil, sending some passersby there to be searched.

Still, some people were determined to visit the park and make their own small gestures of commemoration.

Lau, the Tiananmen Mothers Campaign volunteer, held up an electric candle for a photo in front of the barricaded football field. She said she and her colleagues had been handing out electric candles to Hongkongers all afternoon — in keeping with the group’s tradition.

“I think the vigil is the most important symbol of Hong Kong people’s pursuit of freedom — it shows the world our unswerving determination. I believe we all have a candle lit in our hearts tonight, no matter whether we choose to come out or not,” she said.

After nightfall, the police sealed off more areas of the park, driving residents out with advancing cordon lines. Eventually all the entrances were blocked off, allowing people only to leave the park.

Inside the park, two women sang “Democracy Will Triumph and Return,” one of the vigil’s traditional songs, as they walked down a jogging path. Police followed not far behind, pressing forward the cordon line.

Brian, a man in his 30s dressed fully in black, switched on the flashlight of his phone at 8 p.m., the traditional lighting-up time. He did this despite having been searched by police while sitting in the park earlier in the evening, when officers recorded his ID number. He said he was ready to pay the price.

“The government doesn’t want us to tell the truth. If we don’t come out, I worry that Hong Kong’s future generations won’t know about June 4 anymore,” he said.

Outside the park, people who could no longer enter walked along nearby streets, some with their phone flash lights turned on.

Joe, 46, brought his 11-year-old daughter to the park, only to be denied entry. They stood at a bus stop across the road instead, each holding an electric candle.

“The candles are of a symbol of Hong Kong’s remembrance, but now it seems like even holding them could be dangerous,” he said.

Still, he was glad to have brought his daughter along. “I want to let her known what happened back then, as much as I can,” he said. 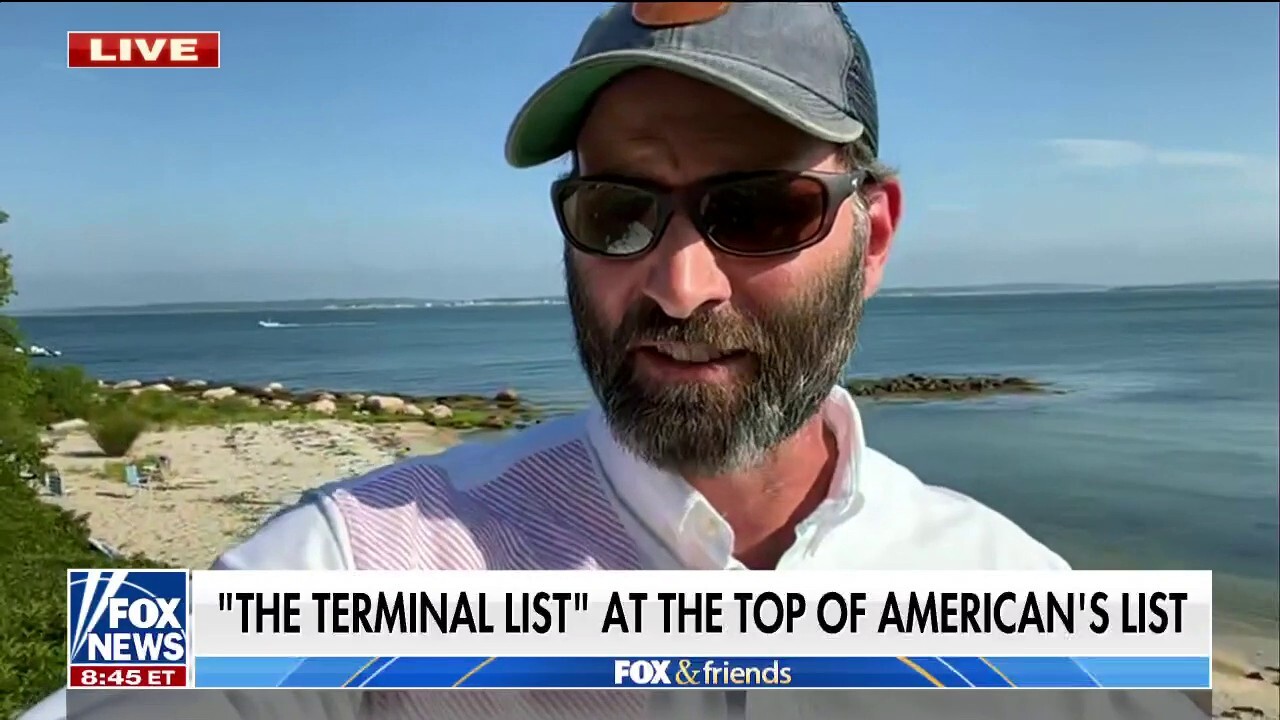 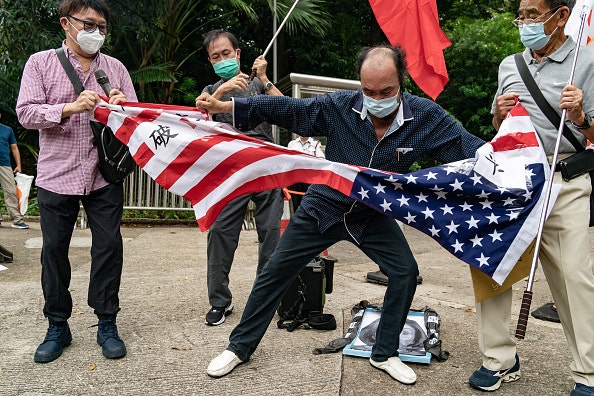