It’s that time again… there’s an autumnal chill in the air, the kids are FINALLY back at school and sequins are frantically being stitched on to dozens of fabulous costumes. Strictly’s back!

Anton Du Beke returns to the judging panel but this time it’s on a permanent basis as he officially takes over the reins from Bruno Tonioli.

Despite being a bundle of energy, the Italian has clearly decided that the jetlag from bombing back and forth between LA (where he films Dancing with the Stars) and London is too much even for him.

Anton will again be joined by head judge Shirley Ballas plus Motsi Mabuse and the fab-u-lous Craig Revel Horwood.

The launch show is on Friday, having been delayed due to the Queen’s death earlier in the month. To whet your appetite, here’s what the celebrity contestants revealed just as they were beginning rehearsals.

1. Kym Marsh had to borrow some underwear on the first day of training

The actress’s husband was supposed to drop her suitcase off to the hotel but he was late and she finished her first sweaty dance practice ahead of schedule.

“I had no clothes, no change of underwear, nothing!,” she says. “Jayde [Adams] got something for me to borrow, and a Deliveroo.”

Having faced Nasty Nigel on Popstars back in the day, Kym can’t be worried about Craig, surely?

“Nothing can be worse than that, to be called fat on television. How lovely! But I think [Craig] will be dreadful,” she jokes.

2. Matt Goss could go full John Travolta or James Bond. Or both.

The singer says Strictly training is very different to prepping performances as a solo artist.

“The biggest hindrance… is we’re not told [as solo performers] ‘you must put your foot there, leave it there. You must move this way. You must do this.’ The reason we didn’t want proper jobs is because we don’t like to be told what to do on stage. And when you do it for so long, it’s a hard habit to break. So you’re attempting to move in a certain way [in training] but you are strictly regimented with that choreography.”

Matt is back home in the UK after 11 years as a headliner in Las Vegas but says he “wasn’t happy at the end. I felt disconnected”.

“I made a decision after the success of my last record, I’m coming back to the UK. Strictly called and I thought, if I don’t do this I’m going to go back to my comfort zone of just working,” says the former Bros star, who says the first person he told was his twin brother Luke.

“I want to go disco-tastic, Staying Alive! And I want to do James Bond,” he adds. Strictly, over to you!

The wildlife presenter and camera operator did a documentary with the man of the cloth, who took part in Strictly in 2017.

“He’s an amazing dude,” says Hamza. “He said: ‘Enjoy every single moment. If you don’t normally wear Lycra – and they’re gonna ask you to wear Lycra – do it, because you’re gonna look sexy in it!'”

Hamza says being on the show is a win already.

“I’m severely dyslexic. So to know that someone that has dyslexia as severe as me is on TV being successful, that’s amazing.”

4. Could Brad Pitt make a special appearance for Ellie Taylor?

The A-list movie star is a fan of The Great Pottery Showdown, which comedian and actress Ellie co-presents. So is she hoping for a video message from the man himself?

“I’m sure Brad Pitt will just slip into my DMs and say ‘I loved you!’,” she laughs.

Ellie adds that, having done a Strictly sketch on The Mash Report, it feels surreal to now be appearing in the real thing.

“You walk into the ballroom and think, ‘My god, I’m here and it’s Shirley Ballas!’

“It’s mad. It feels like you’ve just jumped into the telly.”

5. Jayde Adams wants to be Bristol’s answer to Bette Midler

The Alma’s Not Normal star has no concerns about being dismissed as a novelty act because she’s a comic.

“Well, I hope I am! I sing, I dance, I act, I do funnies. I’ve always wanted to be a bit of a Bristolian Bette Midler.”

Jayde will be partnered with a woman this series and is looking forward to experimenting.

“Whenever you have partnerships where you have a plus size guy [with a female professional], it’s easy for him because he can always lift the girl but when you have it the other way round, you have that imbalance. The [professional] guys are great they’re not rugby players. So I just thought I’d be able to get into all the acrobatics.”

On who will lead and who will follow, she says: “I think we might mix it up a bit.”

The Radio 2 travel presenter will be missing one big Strictly tradition this year.

“Every year I have a big cocktail party at my house on launch night,” he explains. “So my mum’s fuming [that there won’t be one this year]! I make a Charleston cocktail, it’s like a blackcurrant liqueur. I’ll give you the recipe!”

The Strictly super-fan is dancing with a male partner.

“It was a no-brainer [choosing to dance with a same sex partner]. I wish as a gay teenager… I could have switched on primetime television on a Saturday night and seen two men dancing together.”

7. Ellie Simmonds wants to prove that dancing is for everyone

The Paralympic swimming star has been finding her feet both on set and behind the scenes.

“With [having] dwarfism, I was able to go down to the studio just to make sure that things can work for me, even something simple like they’ve given me lower rails so I can put my outfits on. We get physio support and psychology support, too.

She says she and her [yet to be announced] dance partner will be learning together.

8. Will Mellor could be Craig’s private dancer

The actor was picked out by the judge during an interview on BBC’s The One Show last month, with Craig saying of Will: “I think he’s got a real charm about him and I think he’ll be able to bring that on to the dance floor.”

Will jokingly references a famous Tina Turner track: “I was Craig’s private dancer for many years, his dancer for money.”

Ahead of being “Strictly-fied”, Will tells us the most outrageous outfit he’s worn (so far) was one for “a Mamma Mia revamp on ITV… wearing knee-high platform boots. I watched it after and thought: ‘That might have been a mistake!'”

9. Tony Adams is looking forward to showcasing his silky skills

The former Arsenal and England captain is under no illusions on the challenge ahead.

“This is not the football pitch. It’s a bit different! I’m on my toes quite a bit. The only thing in common is the trailing leg!”

“They all said don’t do it, don’t be stupid,” Tony jests.

“I’m at a stage in my life when I can do anything. I’m free of addiction, I’ve not taken drink or drugs for 26 years and I can just go into it, nuts and bolts.”

10. Molly Rainford reckons she can handle Craig after Simon Cowell

CBBC star and singer Molly first found fame on ITV’s Britain’s Got Talent as a child, reaching the finals 10 years ago. But she’s slightly more anxious this time around.

“When I was 11, I don’t think I knew what I was getting into,” she says. “Whereas now I kind of do. I’m definitely a little bit more nervous than I was when I was little.

“Because I’ve had Simon [Cowell as a judge], am I scared of Craig? I know Simon had a little soft side and he was really a big teddy bear at the end. So hopefully Craig’s the same!”

11. Fleur East will be ‘surrendering to the sequins’

The singer and presenter is friends with AJ Odudu, who took part in last year’s Strictly.

“She just said: ‘Surrender to the sequins! This is going to be so hard but the best thing you’re ever going to do.’

“I’d love to dance to my own music, that would be amazing. My mum’s from Ghana and I grew up on highlife music and Afrobeats. It would be really fun to do something like that.”

Fleur is feeling the strain already – she was two hours late to her radio breakfast show after the first day of filming.

“I’m sorry I let you down but I was just shimmying and shaking to the wee hours and it knocked me out!” she told her listeners on Hits Radio. You’ll get used to it, Fleur.

“I was nervous about the lifts because although I go to the gym and… I feel quite physically strong, this is completely different,” he says. “Doing that [a lift] after a whole minute running around the dance floor is mad!”

He says he’s excited about people getting to know him.

“It gives you an opportunity to just present who we actually are. And I feel like if I was the kid watching a show like Strictly with my family and [could] say: ‘Wait, I look like them or I sound like him or I’ve got dreadlocks or whatever,’ that’s motivation. The representation is there.”

“I’m not a very competitive person. So as long as I beat Rose, I’m not bothered!” he laughs.

James is one of a long line of EastEnders actors to take part so who else would he like to see give it a go?

“I would love Lacey (Turner) to do it. I don’t know if she would, but I think she would be fantastic. Or Steve McFadden. I think Phil Mitchell in sequins would be the ultimate!”

14. Helen Skelton is enjoying being able to talk a lot

“I think the nice thing for me about this is… normally I’m on my own, it’s just the nature of my work,” the former Blue Peter presenter says.

“I went to Antarctica [for Sport Relief], they intentionally got a non-English speaking sound man because they wanted me to be on my own, like a real explorer. Whereas this, it’s nice to be in and around people, to be sharing something in a team. That’s why I talk a lot!”

Her family are gearing up to watch Helen strut her stuff later this month.

“My mum’s excited, my dad’s excited, even my brother, and I love him as I say this, he’s the most serious man in the world – and he’s excited!”

15. Kaye Adams has already been putting the hours in

The Loose Women anchor has been practising her Charleston swivel.

Don’t worry though, Kaye’s had some great advice from the Loose Women who have already taken part in the show.

Gwyneth Paltrow Poses in Bikini as She Shares How She’s Embracing “Wrinkles” Ahead of 50th Birthday - E! Online 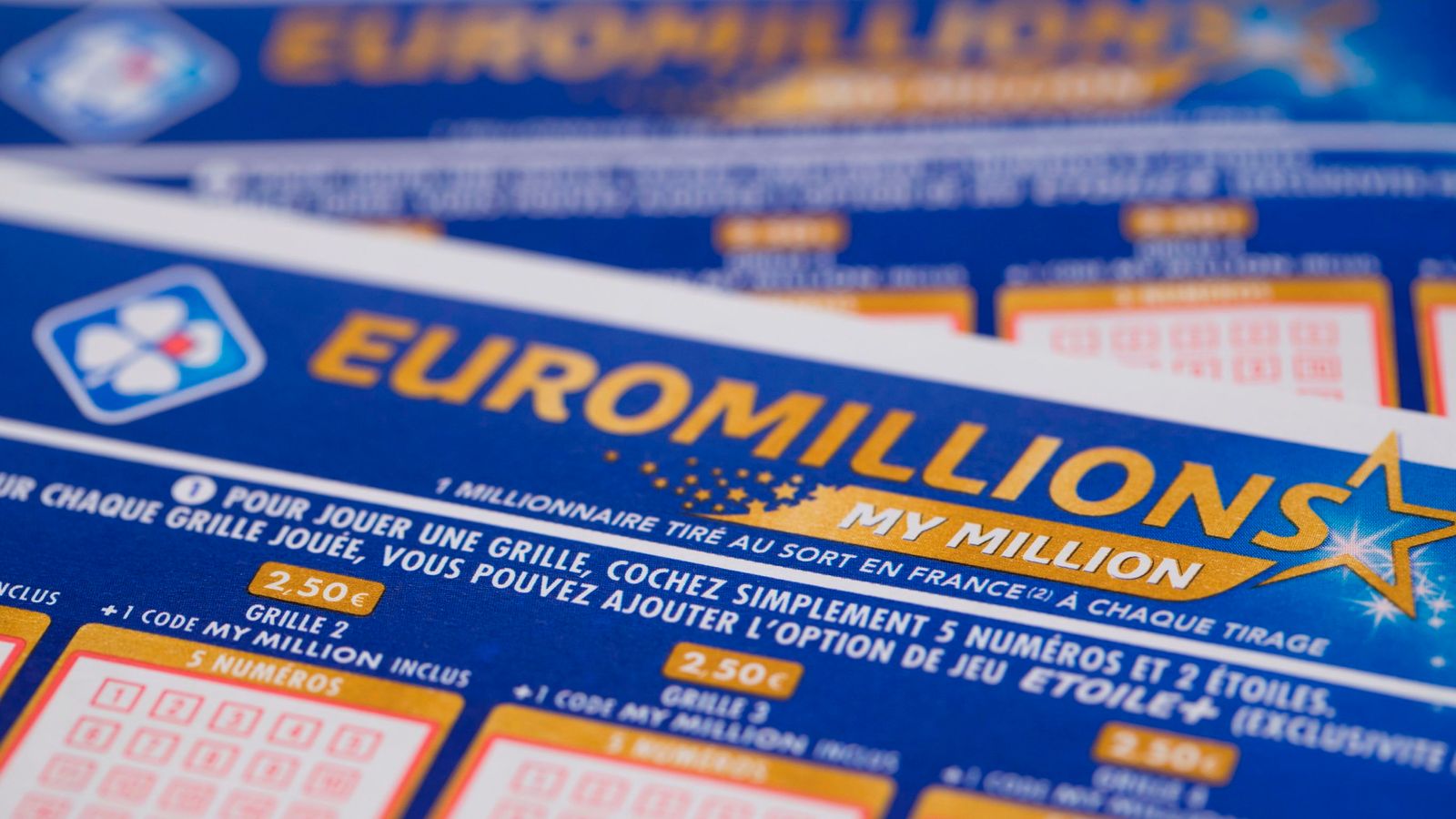 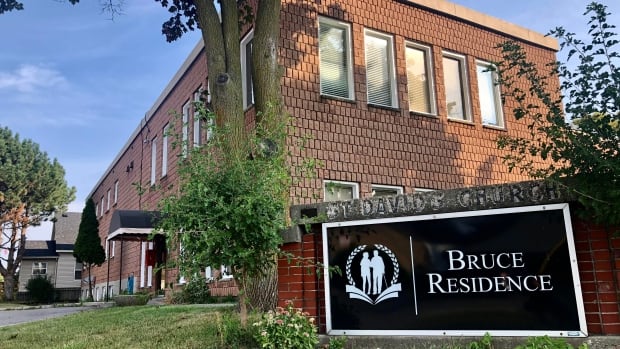